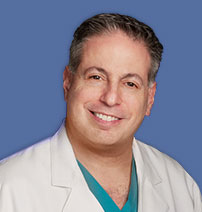 Doctor Gary Kraus is the Founder of the Kraus Back and Neck Institute (KBNI) in Houston, Texas. He is Board Certified by the American Board of Neurosurgery, is Fellowship trained, and recognized as a top Houston neurosurgeon by his peers and patients.

Dr. Kraus has special expertise in the area of non-surgical and minimally invasive Treatments of spinal problems. Although he has performed thousands of surgical procedures, Dr. Kraus routinely treats pain patients without surgery. His patients find him to be approachable and his demeanor is kind and compassionate. Dr. Kraus has always held to a higher standard in patient care for which he receives many honors and awards.

In addition to his practice, he holds several faculty appointments in Houston.

He attended Renssalaer Polytechnic Institute in Troy, New York and graduated Cum Laude with a Bachelor of Science degree in Physics and Electrical Engineering. He was elected into Sigma Pi Sigma, the National Physics Honor Society. Dr. Kraus earned the distinction Doctor of Medicine at State University of New York at Stony Brook School of Medicine in Stony Brook, New York. Thereafter, he completed Residency in the Department of Neurological Surgery under the tutelage of Kenneth R. Smith, Jr., MD at St. Louis University School of Medicine in St. Louis, Missouri. Further, Dr. Kraus completed a Neurovascular and Skull Base Surgery Fellowship under the guidance of Robert Spetzler, MD at Barrow Neurological Institute in Phoenix, Arizona.

Dr. Kraus' research is published in books and leading peer-reviewed journals. Further, he presents his papers at society meetings. In addition to his research contributions, Dr. Gary Kraus is an inventor and has patents pending related to spinal instrumentation and devices for improving minimally invasive spine surgery.

I thank Dr Kraus and his office staff immensely

I thank Dr Kraus and his office staff immensely. They got me in for an appointment quickly, and after studying appropriate imaging studies, arrived at a solution for the pain in my low back and legs. Everyone in the office was very kind and caring. It is a great relief to finally live without pain.